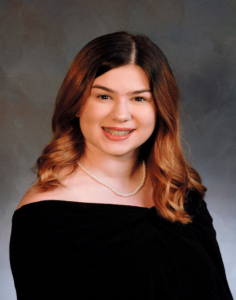 I am happy to announce that while I aged out of the Independent Living program on October 29th, I accepted a position today at the JusticeWorks Erie office! I just wanted to take a moment to thank everyone, especially Steven Snow, for helping me achieve everything I have wanted for myself over the past five years with JWYC! I will miss you all in Butler County.  And, to everyone still in the IL program- TAKE ADVANTAGE OF IT! If you use the resources that are available to you, the sky really is the limit.

A lot of things factored into me wanting to apply for the Case Aid position with JYWC. First, I really loved being a part of the program. I just aged out on October 29th, and I had asked Steven Snow multiple times if there was a way to be able to stay in the program because they have helped me so much. I really didn’t want to let the resource go if I didn’t absolutely have to. I thought that by applying for employment at JWYC, it could be my way of giving back because of how much JWYC helped me. I wanted to be able to show kids that may be in the same situation that I was in, that things do get better. If they really try hard and use all of the resources available to them, they can achieve ANYTHING. The sky is the limit!

I also want to be a part of the growth of the Erie County office. I would really like to stay a part of the JWYC family. I think I would be great at this job because I have been on the flip side of the situation. I had been the child that had to deal with all these adults and caseworkers, so I think I can apply that experience to my job!

We are so proud of the young adult Rosalee has become.  She truly exemplifies ‘Whatever It Takes.’  Since 2016, Rosalee has been one of the greatest supporters of the JusticeWorks YouthCare Independent Living program. As a participant, she saw the benefit of the program and wanted youth to maximize their opportunities.  This developed Rosalee’s interest in leadership roles.  In 2018, she spoke at the Butler Independent Living banquet.  While in college, she continued her path by being elected as the Vice President of Finance for her sorority. Rosalee has taken significant strides as a college student (set to graduate early) and by maintaining employment at Senator Dan Laughlin’s office and a local insurance agency.  The JusticeWorks YouthCare office and families in Erie will significantly benefit from Rosalee’s work ethic.  Today as an Independent Living alum, Rosie continues to share with the youth and staff some of the resources she has greatly benefited from.  Rosie just ‘gets it’.  Thank you Rosie for being such an amazing person!

I look forward to seeing your continued growth!