In the Midst of Chaos, Teamwork Prevails! 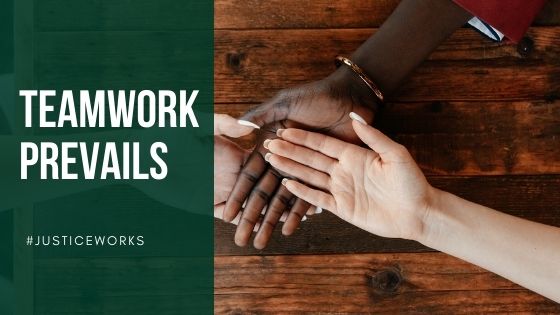 A note from Kristen Irizarry, Director of Lehigh & Northampton Counties

The Lehigh county branch saw a Friday like no other. It was the coming of the week’s end, Friday at approximately 4:00 PM our inboxes flooded with emergency referrals. Five, to be exact!  All five were high risk, safety concerns, abuse-ridden referrals. Two were crisis rapid response (CRR) referrals which deemed immediate intervention. As usual, we had two staff on call. This week it was Robin and Wendy. To make matters more challenging, two cases were Spanish Speaking and one of which the mom was hearing impaired.

Joyce, a new employee, stepped up to help Robin Friday and Saturday night to assist with a Spanish Speaking case.

Genesis, who was not on call, volunteered to open an APPRS case that was Spanish Speaking, with a hearing impaired mom but could read lips if spoken to in Spanish. Genesis went out to the home at 6 pm, and the family was not there. She volunteered to try again and returned at 8 pm that evening, successfully opening the case.

On Friday evening, we also had a mental health crisis that Wendy handled, assisting a young male with suicidal ideations. She was able to process with him, identify that he needed psychiatric intervention, and evaluate him at our local ER. He was admitted and on the path to treatment. Later that evening, Wendy also assisted with a CRR referral to help facilitate a plan for a runaway teen. Wendy spoke with supports and put a plan for the teen to stay with her father’s ex-wife. This allowed her to get back into school and start mental health treatment.

Throughout her other checks, Robin made time to go to Slatington for the CRR case we received on Saturday to check on two children who were left alone due to their mother needing emergency surgery. She was able to plan with the neighbor to oversee their care until mom came home. Robinpurchased groceries and delivered them, so they had food.

Carissa, who was also not on call, volunteered to do all the Northampton County checks so that Robin and Wendy could focus on the Lehigh County families.

In 11 years I have been in management at JusticeWorks, I have never seen a weekend like this, EVER. I am so proud to be a part of a team that works together,  communicates, and does ” Whatever It Takes” to keep kids safe, and families feel supported. I am just so grateful to all of you.