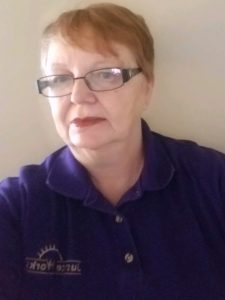 Family Resource Specialist, Kathy Barnes, was assigned to work with a child and his family in February 2020, as a Visit Coach. Kathy relayed the following heartwarming story:

I was assigned in February 2020 as a Visit Coach for both parents of a child in the foster care system. I also provided transportation to and from the Juniata County CYS office, which allowed me to get to know them both a little better. With much animosity between the parents, the visits were scheduled on different days to avoid such confrontations. The mother participated in the visits consistently after the child was placed in foster care in March 2018. Dad’s involvement began a few months before JusticeWorks became involved.

The child’s mother agreed to terminating parental rights (TPR) until the child’s father expressed an interest in pursuing custody of the child. However, with no real relationship with the child, stable housing, employment, etc., it was necessary that the father commit to achieving these goals.

Due to the many requirements required for dad to move forward, he became overwhelmed and started to lose interest in the plan. He began to miss visits, calls, and appointments. At this point, I explored the barriers, issues, and concerns he had developed in moving forward with custody requirements.

After several months of visits and conversations, I shared experiences from a personal perspective regarding what is truly in the best interest of this child – noting that agreeing to the TPR was not giving up on the child but affording him opportunities that they (both parents) agreed were not possible if they remained as parents. Both parents have been homeless, unemployed, and unable to properly care for themselves. They showed love and affection for their child to the best of their abilities but were dealing with multiple roadblocks. Having conversations with both parents regarding what they wanted for the child led to a mutual agreement – they both wanted the child to be healthy and happy. The parents stated that they wanted the child to remain with the family caring for him since 2018. The adoption agency agreed and had discussions with the birth parents. During a joint conversation, both parents agreed to voluntarily sign the TPR paperwork and so that their child could continue to have the stability and love with his foster family.

On Friday, February 12, 2021, the child officially became the foster family’s forever child who has nurtured and cared for him since 2018. I was honored to have been asked to attend the adoption to share in such a wonderful experience. Being thanked by the foster parents, the CYS agency, and most importantly, the birth parents.

I am passionate about doing whatever it takes with families to encourage, educate, and empower them in their decisions. I am thankful for the opportunities that JWYC provides to do what I love!