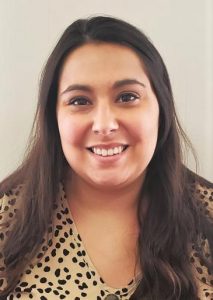 When William* was just twelve years old, his mother passed from an unknown medical condition. For the past two years, William lived with his father and his new stepmother. It was reported that William ran away from home after a physical altercation with his father. From May to August, William has been ‘couch-surfing’ without his father or other family reaching out to look for him. The last place William stayed consistently was with one of his friends’ parents. The parents were concerned about William starting school and reached out to Children and Youth Services for assistance. Children and Youth Services (CYS) referred William to JusticeWorks for services.

Our Family Resource Specialist (FRS), Kayla Monto, began working with William in September 2020. William was a very outgoing young man and adamant that he would not return home to his father and stepmother and continued to reside with his friend’s family. With help from Kayla, William was enrolled into the New Oxford High School and attended daily per the household rules. Kayla worked with William on his social skills, coping skills, and community service hours while his CYS case was pending.

William had tested positive on several drug and alcohol screens for alcohol and marijuana, requiring a Drug and Alcohol Evaluation. Kayla assisted with the process resulting in William receiving substance abuse therapy.

As time went on, William began passing all random drug and alcohol screenings, and his grades were better than they have ever been. William’s detention report went from 65 detentions in 2019 to only one in 2020! William continued to improve in his new environment.

Kayla continued to make weekly check-ins with William in his new environment to ensure he remained safe, happy, and achieving his goals. December 14, 2020 was cause for celebration, as his friends’ parents became William’s legal guardians, and services closed successfully with JusticeWorks.

*Name changed to protect identity under state and federal laws.

Thank you to William’s new family for stepping up and helping this young man! Thank you to Kayla Monto, FRS, for making a difference in the lives of this family.