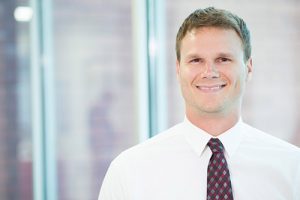 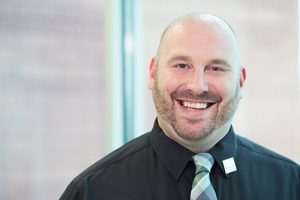 In February, JusticeWorks promoted two of its very own, Ian Nutt and Matt Kurowsky, as Regional Directors. Ian and Matt have ‘big shoes’ to fill, as they will be replacing former Regional Director, Errone Cody. Errone’s region had grown so large, and sprawling, that we decided to break it into two. We wish Ms. Cody well in her new role with the Administrative Office of Pennsylvania Courts.

Five years ago, Ian began his career with JusticeWorks as a Program Director in Lycoming County, PA as the only staff member for the region. Ian’s abilities as the Program Director resulted in tremendous growth, as his branch now includes six counties. Ian was instrumental in the start-up of our Lycoming County Alternative Education Program, Compass Academy – Lycoming. Compass supports twelve school districts within the region.

Ian will be the Regional Director of the Northwest Counties and Ohio. The region includes Butler, Armstrong, Indiana, Jefferson, Clarion, and Erie counties of Pennsylvania, and Hamilton County, Ohio.

Matt started his career with JusticeWorks as a Family Resource Specialist in Westmoreland County, PA. He quickly moved into the position of Supervisor of the Washington County branch. Matt provided exceptional support to the families and communities he served. After being in his supervisory role for two years, he became the Program Director of Washington County. As JusticeWorks continued to expand, Matt was appointed Program Director of Greene County in January 2019, leading to Matt’s promotion to Regional Director of Southwest Counties. The region includes Allegheny, Cambria, Fayette, Greene, Somerset, Washington, and Westmoreland counties in Pennsylvania.

Ian and Matt have demonstrated a profound ability to deliver the highest quality services to children and families. Both have achieved positive outcomes in their respective counties, have built strong partnerships with referring agencies, and have been heavily involved in their local communities. They exude a do ‘whatever it takes’ attitude, and they have been positive and respectful leaders. Both Ian and Matt have shown long-lasting dedication to JusticeWorks and those they serve.

Please join us in congratulating Ian and Matt as the new regional directors. The organization is excited for the future as Matt and Ian take on their new roles.